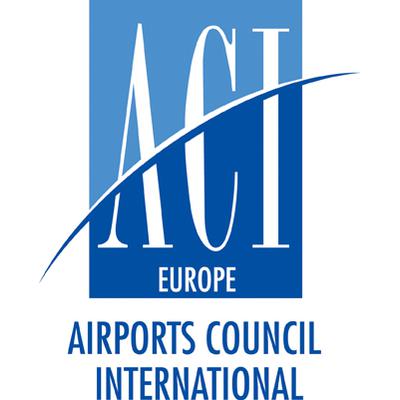 If you'd like us to keep you posted with news from Airports Council International - Europe, enter your email address and you'll get an update as soon as it happens.

BRUSSELS, 17 February 2017: European airport trade association, ACI EUROPE today releases its traffic report for December, Q4, H2 and Full Year 2016. This is the only air transport report which includes all types of airline passenger flights to, from and within Europe: full service, low cost, charter and others.

Passenger traffic across the European airport network showed strong momentum in 2016, posting an average growth of +5.1%.

All of this growth was generated by the EU market, with airports in the bloc seeing passenger volumes increasing by an impressive +6.7%. While terrorist attacks took a toll on demand in Belgium, France and to a much lesser extent Germany, their impact remained local and had subsided by year-end.

Conversely, passenger traffic at non-EU airports posted an average decrease of -0.9%, mainly due to falling traffic at Turkish airports (-6.6%) caused by terrorism and political instability. Although gradually improving after the summer, passenger traffic remained weak at Russian airports for the whole year – meanwhile, other non-EU markets such as Iceland, Israel and Ukraine experienced very dynamic growth.

The significant drop in leisure demand at Turkish airports contributed to the performance of the EU market, with this demand shifting to airports in Croatia, Cyprus, Bulgaria, Greece, Portugal, Romania and Spain. This helped most of these markets achieving double digit growth - along with Hungary, Ireland, Lithuania, Luxembourg and Poland.

Olivier Jankovec, Director General of ACI EUROPE said “Europe’s airports broke the 2 billion passengers mark last year – an absolute record. While geopolitics and terrorism in particular played an increasing role in shaping the fortunes & misfortunes of many airports, the underlying story is one of continued growth and expansion – with passenger volumes growing in excess of +5% for the third consecutive year. This means that Europe’s airports have welcomed an additional 300 million passengers since 2013, with 80% of it - 240 million - flooding the EU market. Unsurprisingly, that increase is starting to weigh on capacity levels, operations and resources.

He added “Much of this impressive performance is down to 3 interrelated factors: 1. improving economic conditions driven by private consumption and falling unemployment, 2. low oil prices and 3. airline capacity expansion.”

Low Cost Carriers were the main drivers of passenger traffic growth in 2016 on the back of their successful move upmarket, the development of low cost spinoffs by Full Service Carriers and the emergence of long haul & low cost offerings.

Meanwhile, the top 5 European hubs (‘the Majors’) as well as smaller regional airports significantly underperformed the European average, growing respectively by just +1.5% and +4.3%.

Passenger traffic growth was particularly impressive in Q4 and December. In December alone, it grew by +10.9% across the European airport network – making Europe the fastest growing World region, surpassing Asia-Pacific (+9.6%).

Within Europe, the EU market continued to lead (+11.8%) with a notable improvement in the traffic performance of the top hubs. However, the non-EU market finally returned to a more dynamic course (+8.1%) on the back of significant growth at Russian airports and reduced traffic losses at Turkish airports. Iceland posted yet another stellar performance, with Keflavik airport’s passenger traffic increasing by a record 66% over December 2015 - resulting in the airport more than doubling passenger volumes from their December 2014 level.

Looking ahead into 2017, Jankovec commented “This current growth dynamic is likely to hold up in the comings months, possibly until early Spring. Short-term downside risks relate to the price of oil – which is forecasted this year to be almost 30% above its 2016 average - and airlines exerting capacity discipline. Beyond that, our trading environment is becoming more unpredictable and prone to disruptions, due to mounting geopolitical risks. These include the permanence of terrorism threats, increasing political instability both within and outside Europe and BREXIT. These risks reflect a set of emerging mega-trends which are now challenging globalisation and free trade – and which could fundamentally alter airports’ long-term business prospects.”

The airports which reported the highest increases in passenger traffic during 2016 (compared with 2015) are as follows:

The airports which reported the highest increases in passenger traffic during December 2016 (compared with December 2015) are as follows:

The ACI EUROPE Airport Traffic Report is a dedicated service for journalists available in the password protected ‘Airport Traffic Report’ section of the ‘Media room’ on our website www.aci-europe.org. Accredited members of the media may also access additional traffic analysis and comprehensive traffic databases. For your password to access these sections, please contact us by e-mail at: maria.karananou@aci-europe.org. Your request will be validated and the password will be e- mailed to your work address.

ACI EUROPE is the European region of Airports Council International (ACI), the only worldwide professional association of airport operators. ACI EUROPE represents over 500 airports in 45 European countries. These airports contribute to the employment of 12.3 million people, generating €675 billion each year (4.1%) of GDP in Europe.

EVERY FLIGHT BEGINS AT THE AIRPORT.