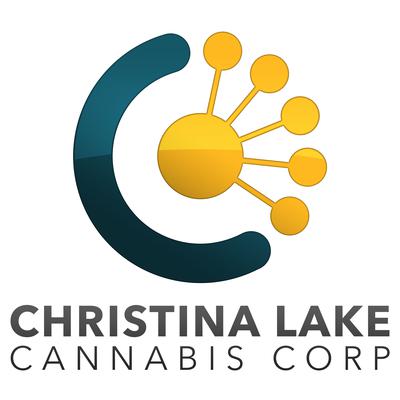 Christina Lake Cannabis Corp. (the “Company” or “CLC” or “Christina Lake Cannabis”) (CSE:CLC) (FRANKFURT: CLB) is pleased to announce that after its inaugural growing season in which the Company produced 32,500 kg / 71,650 lb of sun-grown cannabis, more than double its initially announced forecast of 15,000 kg / 33,000 lb for the year, the Company has accumulated a genetic databank with a portfolio of more than 100 proprietary cannabis strains specifically formulated for growing outdoors under sunlight.

VANCOUVER, British Columbia, DECEMBER 21, 2020 Christina Lake Cannabis Corp. (the “Company” or “CLC” or “Christina Lake Cannabis”) (CSE:CLC) (FRANKFURT: CLB) is pleased to announce that after its inaugural growing season in which the Company produced 32,500 kg / 71,650 lb of sun-grown cannabis, more than double its initially announced forecast of 15,000 kg / 33,000 lb for the year, the Company has accumulated a genetic databank with a portfolio of more than 100 proprietary cannabis strains specifically formulated for growing outdoors under sunlight. CLC has recognized that most common strains of cannabis have been engineered for indoor growth under artificial light, thereby resulting in a deficit of strains suited to outdoor growth. As a result, the Company has undertaken extensive R&D work to develop over 100 strains in-house with an objective of maximizing output from its growing activities. The Company currently holds a total inventory of more than 600,000 seeds, from which a selection is to be used for the 2021 growing season in which CLC plans to utilize a larger portion of its 32-acre site in Christina Lake, BC in addition to potentially utilizing part of an adjoining 99-acre plot also owned by the Company.

In early 2020, the Company was granted a research and development license by Health Canada under the Cannabis Act, accompanying its standard cultivation license with amendments for processing and sales. The Company has explored several genetic combinations and variations to maximize the performance of a given plant when grown naturally outdoors by sunlight. During the 2020 growing season, CLC observed and analyzed growth times of each strain, as well as resistance of a given strain to elements such as mold and mildew. Further, the Company has sought to create named standards for specific strains of cannabis with corresponding legal protection for such strain names (a standard practice in agriculture and horticulture), which the Company anticipates could contribute to a greater degree of product integrity in the cannabis industry.

During the Company’s 2020 growing season, approximately 2,500 seeds were cultivated in CLC’s indoor facilities and transplanted on approximately 18 acres of land, out of more than 100 acres of arable land presently owned by the Company. Despite greater anticipated usage of the Company’s site in the 2021 growing season and scheduling certain strains to potentially be “turned over” more than once per year, CLC predicts that its current supply of more than 600,000 seeds could potentially be monetized by availing inventory to other Canadian Licensed Producers, without impacting the Company’s own operations.

Joel Dumaresq, Chief Executive Officer and a Director of the Company commented, “Part of what makes CLC unique is that our operations are highly integrated between growing, processing, extracting, and R&D. Aside from our production costs being inherently lower as a result of our strains being developed in-house, we also benefit from the ability to create cutting-edge strains of sun-grown cannabis that can maximize a plant’s yield when grown outdoors. Several other outdoor cultivators of cannabis use strains that are better suited to indoor growth, which has the unintended consequence of limiting their production capacity. We have recognized a deficiency in cannabis strains that are best suited to outdoor growth, which is exactly why we have actively developed our proprietary strains with outdoor cultivation in mind. Aside from allowing us to maximize our own cannabis production here at Christina Lake Cannabis, opportunities also exist to potentially create an additional revenue stream for the Company through licensing initiatives.”

The Company hereby announces the resignation of Peter Nguyen as a Director of Christina Lake Cannabis. The Company's management and Board of Directors thank Mr. Nguyen for his service to CLC, with their best wishes for Mr. Nguyen in his endeavours going forward.

Christina Lake Cannabis Corp. is a licensed producer of cannabis under the Cannabis Act. It has secured a standard cultivation licence and corresponding processing/sales amendment from Health Canada (March 2020 and August 2020, respectively) as well as a research and development licence (early 2020). CLC’s facility consists of a 32-acre property, which includes over 950,000 square feet of outdoor grow space, offices, propagation and drying rooms, research facilities, and a facility dedicated to processing and extraction. CLC also owns a 99-acre plot of land adjoining its principal 32-acre site, which enables the Company to grow at a much larger scale. CLC cultivates cannabis using strains specifically developed for outdoor cultivation and in its inaugural harvest year produced 32,500 kg (71,650 lb) on its existing facility before developing an adjacent 99-acre expansion property. Such an expansion will ultimately bring CLC’s annual cultivation footprint to over 4.35 million square feet, which could enable at least 150,000 kg (330,693 lb) of low-cost, high-quality, sun-grown cannabis to be produced annually by the Company.

THE CANADIAN SECURITIES EXCHANGE (“CSE”) HAS NOT REVIEWED AND DOES NOT ACCEPT RESPONSIBILITY FOR THE ACCURACY OR ADEQUACY OF THIS RELEASE, NOR HAS OR DOES THE CSE’S REGULATION SERVICES PROVIDER.

Disclosures relating to investor relations firms retained by Christina Lake Cannabis Corp. can be found under the Company's profile on http://sedar.com.