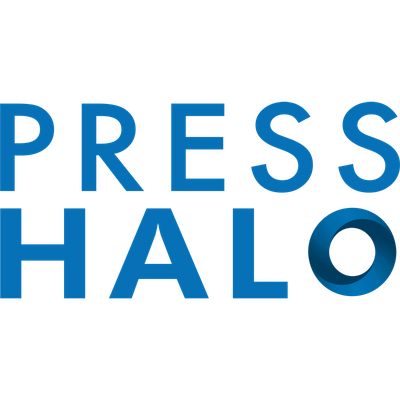 If you'd like us to keep you posted with news from PressHalo, enter your email address and you'll get an update as soon as it happens.

PressHalo is using artificial intelligence technology to enhance the relevancy of press releases for busy journalists and news desks.

LONDON, November 2016: Trimaldi, the technology-driven communications specialists, has launched PressHalo, an exciting new service that will play an important role in matching relevant news releases to journalists. Harnessing the latest advances in machine learning and artificial intelligence, PressHalo focuses on making sure journalists’ precious time is not wasted and they receive the news most likely to interest them, based on that journalist or blogger’s past interests or focus.

Using proprietary technology, PressHalo’s natural language processing and deep learning algorithms draw unprecedented insights based on the output of journalists, learning what press releases they are likely to find news worthy, ensuring writers are not bombarded with irrelevant content. PressHalo is live and available for use immediately.
“As a former journalist myself, I know how frustrating it can be to be bombarded with press releases that are of little interest,” says PressHalo co-founder Stuart Fieldhouse. “Journalists are increasingly time poor, and anything that can help them to maximise their available time has to be welcomed.”

Fieldhouse spent over a decade in financial media in London and Hong Kong, and has also held in-house communications roles within the insurance, technology and retail finance sectors.

PressHalo is able to match news directly to journalists on a release-by-release basis, and the technology can determine when news from a company is likely to be relevant to an individual recipient. It does not rely on static distribution lists, or keyword matches, and can discover new relationships between an organisation’s news and journalists that might be likely to find the content newsworthy. Always learning, PressHalo’s technology constantly updates and refines its understanding of journalist’s interests and organisations’ news. Engagement rates for news distributed by PressHalo are up to 700% higher than other, more traditional avenues like static distribution.

“Artificial intelligence is destined to play an increasingly important role in the way news desks and bloggers digest content: PressHalo, which draws on machine learning technology that has been proven to work in the context of the financial world, is designed to make sense of an increasingly fragmented media landscape in ways not previously possible,” adds Fieldhouse.

PressHalo is not a PR agency: it is a tool for news distribution that works to make the lives of journalists easier by automatically curating the flow of press releases. It can also make judgements on the relative newsworthiness of individual press releases - again based on its understanding of how similar content has been consumed historically - and score them accordingly.

“This goes light years beyond simple key word analysis,” says Fieldhouse. “Here we are talking about the next generation in the processing of news for the media, in ways that increase the likelihood that journalists will see the content of most interest to them. Not only that, but reporters also have the opportunity to make contact with companies they might not previously have been aware of, thus expanding their own range of contacts.”

Each PressHalo news release is distributed to a unique list of journalists, based on the content of that release. No two distribution lists are the same.

Press release distributed by PressHalo on behalf of PressHalo, on 14th November, 2016.