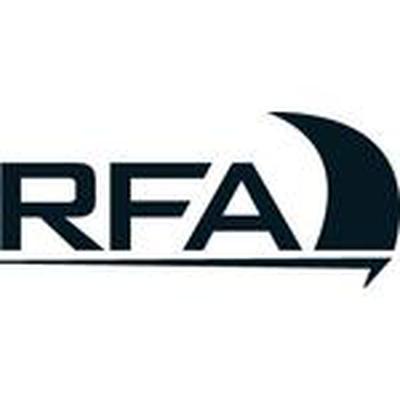 One of the first to market with managed public and multi-cloud integration services, this year RFA expanded platform security and data control capabilities by offering granular information rights management protections. RFA’s modular and bespoke approach to cloud solutions ensures functionality and architecture, is right-sized to customer requirements and is designed to future-proof the architecture; as RFA performs R&D, additional security and utilities can be adopted on-demand without platform migration.

RFA also launched its Network as a Service (NaaS) offering — providing no-CapEx network infrastructure, traffic optimization, 24/7 security operations center and management; as well as Compliance Services package — including user training and phishing testing, vulnerability scanning, and digital reputation and cyber health monitoring, with strong adoption of both programs to date. As RFA is continuously expanding, we are excited about upcoming product launches in 2018, with additional cloud- and security-focused enhancement announcement in the first quarter of the new year.

RFA UK has seen tremendous expansion in 2017 with over 70% increase in new clients and the addition of key new hires in the ever expanding European teams. As GDPR enforcement approaches, RFA has been assisting our clients in carrying out certified audits against the new regulation as well as assisting in key gap analysis exercises, a further testament to our independent approach to client guidance.

With over 200 employees and nearly 30 years in the market, RFA continues to refine and enhance the customer experience with emphasis on service, communication, transparency and automation.

Press release distributed by PressHalo on behalf of RFA, on 22nd December, 2017.