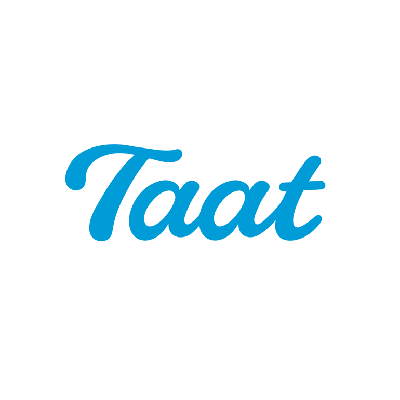 Given the competitive significance of intellectual property in the tobacco industry, the Company has brought on registered U.S. Patent Attorney Edmond DeFrank as counsel to manage its IP portfolio. Mr. DeFrank has written and prosecuted more than 1,000 patent and trademark applications for clients to include Microsoft, IBM, and NASA. Mr. DeFrank also provides anti-counterfeiting services, working with government bodies as well as some of the world’s largest e-commerce and social media platforms to prevent counterfeit consumer goods from entering the market. The Company intends to utilize Mr. DeFrank’s comprehensive scope of experience to strengthen, maximize, and protect its intellectual property portfolio.

LAS VEGAS and VANCOUVER, JANUARY 18, 2021 - TAAT™ LIFESTYLE & WELLNESS LTD. (CSE: TAAT) (OTCQB: TOBAF) (FRANKFURT: 2TP2) (the “Company” or “TAAT™”) is pleased to announce that it has brought on Edmond DeFrank, a patent and trademark attorney based in Los Angeles, California, as counsel to manage its intellectual property (“IP”) as the Company seeks to further establish its IP portfolio and take proactive measures to assert and defend its IP rights in all relevant global jurisdictions. Mr. DeFrank is a registered U.S. Patent Attorney with the United States Patent and Trademark Office (“USPTO”), and has written and prosecuted over 1,000 trademark and patent applications for large corporations, educational institutions, and government agencies. Additionally, Mr. DeFrank specializes in anti-counterfeiting by working with state, federal, and foreign government bodies to prevent the importation and sale of goods that infringe upon clients’ IP rights, a persisting area of concern in the tobacco industry. The Company believes that Mr. DeFrank’s leadership and expertise can play a key role in protecting and maximizing the value of the Company’s IP to include the TAAT™ and Beyond Tobacco™ brand names as well as proprietary attributes relating to the Company’s products.

In a press release dated September 4, 2020, the Company announced it had filed its first U.S. patent for a refinement technique used in the processing of Beyond Tobacco™ which causes the base material to taste and smell similarly to actual tobacco. In the USD $814 billion global tobacco industry, patents have long been instrumental to the ability of tobacco firms to capitalize upon their investments in novel developments of sorts. Sustained industry attention to reduced-risk products (“RRP”) has largely been the driving force behind a recent surge in patent applications made by tobacco industry players. Philip Morris International (“PMI”), the world’s largest tobacco company, was listed in the 100 Top Patent Filers by the European Patent Office in 2016 with nearly 4,000 pending patent applications globally. PMI has also invested more than USD $3 billion since 2008 in research, product development, and scientific substantiation for smoke-free products1.

Mr. DeFrank began his legal career in the office of California’s Attorney General dealing with consumer fraud, unfair competition, and counterfeit goods. Later moving to an IP law firm, Mr. DeFrank provided services for a global video game manufacturer to take action against counterfeiters of their products, liaising with state and federal agencies to obstruct the proliferation of such goods in the consumer market. As an innovative thinker, Mr. DeFrank was also among the first patent attorneys in the United States to successfully write and prosecute patents for software, e-commerce, and information technology business models.

The comprehensive suite of IP services provided to clients of Mr. DeFrank in private practice, ranging from startups to Fortune 100 firms, consists of services that include trademark brand management and patent counselling. Mr. DeFrank works directly with some of the world’s largest e-commerce and social media platforms to detect potential instances of IP infringement and guide remedial or enforcement action to protect the IP of clients’ brands and products. IP strategies led and executed by Mr. DeFrank have had objectives such as identifying value and opportunities through appraisals and audits, as well as monetizing IP through negotiated licensing agreements. Clients who have been represented by Mr. DeFrank include Microsoft, IBM, HP, Seagate, NASA, and Raytheon. Mr. DeFrank is also a named inventor on five issued patents and more than 30 pending patents.

As counterfeit goods in the tobacco category continue to be introduced to markets globally, Mr. DeFrank’s acumen in anti-counterfeiting tactics could prove especially beneficial in preventing potential hazards from misuse of the TAAT™ brand name or trade dress. According to a 2019 study by KPMG, although consumption of illicit cigarettes in the European Union declined for the seventh consecutive year, consumption of counterfeit cigarettes was at an all-time high with a 38% increase from 2018 to 20192. Tobacco industry giant British American Tobacco stated that the “look-alike” subset of counterfeit tobacco products can cause similar problems, such as when cigarette packs are designed to show the numeric emblem of its State Express 555 brand with the numbers altered to “999” to evade potential suspicion of legal-aged smokers3. The Company is confident that Mr. DeFrank’s familiarity with the legal mechanisms to combat the practices of counterfeiters could strengthen the Company’s long-term ability to establish and protect market share in the tobacco industry.

“I am very keen on working with TAAT™ because they have already created a compelling product, brand, and story which I believe I can help to maximize through the strategic management of the Company’s IP”, said Edmond DeFrank regarding his engagement with the Company. “I began prosecuting patents and trademarks in the early stages of the ‘dot-com’ era in which IP strategies could make or break a company’s ability to be profitable, and I believe similar circumstances presently exist in the tobacco category as firms such as TAAT™ introduce novel alternatives to products sold by incumbent industry players. Proactively, we have filed trademark applications in more than 50 countries, and we are working on a broader IP strategy in preparation for potential expansions of TAAT™ into new markets.”

TAAT™ Chief Executive Officer Setti Coscarella commented, “In the tobacco industry, IP can be a crucial element of a product or company’s profitability. Leading brands of tobacco products have spent billions of dollars over the years creating, promoting, and defending brand IP such as logos and pack designs, as well as developing and protecting functional IP such as filing patents on unique cigarette filters or mechanisms for smokeless tobacco intake. Although we are focusing our commercialization efforts on the state of Ohio right now, behind the scenes there is a lot of groundwork being laid for potential expansions into new markets for which we must have a robust IP portfolio in order to be a viable competitor to existing tobacco companies. Mr. DeFrank has a very impressive track record as a versatile and proficient IP attorney, and we are most pleased to have him on our side as we work towards building market share for TAAT™ as a better choice for legal-aged smokers.”

On behalf of the Board of Directors of the Company,

THE CANADIAN SECURITIES EXCHANGE (“CSE”) HAS NOT REVIEWED AND DOES NOT ACCEPT RESPONSIBILITY FOR THE ACCURACY OR ADEQUACY OF THIS RELEASE, NOR HAS OR DOES THE CSE’S REGULATION SERVICES PROVIDER.

The Company has developed TAAT™, which is a tobacco-free and nicotine-free alternative to traditional cigarettes offered in "Original", "Smooth", and "Menthol" varieties. TAAT™'s base material is Beyond Tobacco™, a proprietary blend which undergoes a patent-pending refinement technique causing its scent and taste to resemble tobacco. Under executive leadership with "Big Tobacco" pedigree, TAAT™ is launching in the United States in Q4 2020 as the Company seeks to position itself in the $814 billion1 global tobacco industry.

This news release may contain trademarked names of third-party entities (or their respective offerings with trademarked names) typically in reference to (i) relationships had by the Company with such third-party entities as referred to in this release and/or (ii) client/vendor/service provider parties whose relationship with the Company is/are referred to in this release. All rights to such trademarks are reserved by their respective owners or licensees.

Disclosures relating to investor relations firms retained by TAAT™ Lifestyle & Wellness Ltd. can be found under the Company's profile on http://sedar.com.